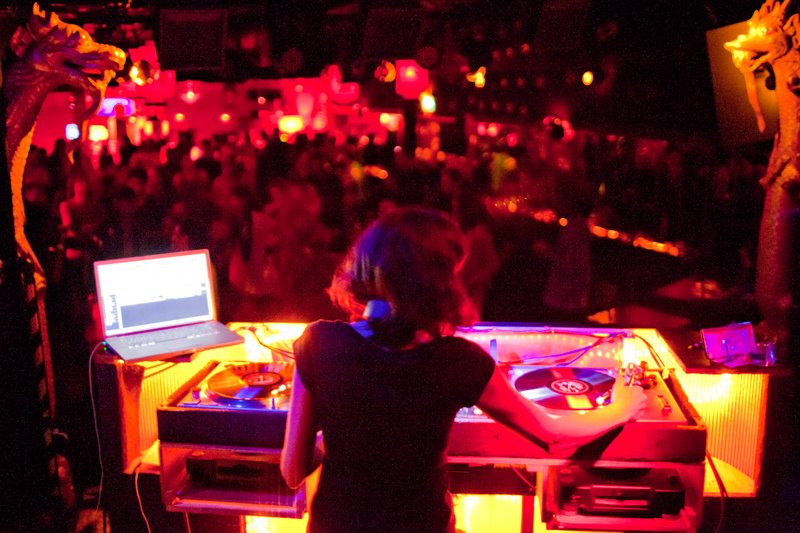 San Francisco’s Dub Mission has been one of the most successful Sunday night parties here in the Bay Area.Taking place in the dimly-lit upstairs of Elbo Room, the party welcomes all types of people with an appreciation for all aspects of dub music, or those that are willing to learn more. Founder Sep is also recognized as one of the most respected female DJs here in the Bay Area by keeping the party going for sixteen years while raising awareness of the cultural and musical aspect of reggae, dancehall, and dub music.

For their sixteen-year anniversary, resident DJs Sep, Vinnie Esparza, and Ludicris will be throwing down their favorite music selections alongside guest and headliner Mista Chatman. Reggae ambassador Mista Chatman will be keeping the party going while MCing and throwing down his own dancehall set. If you haven’t checked out this party, now is the perfect time to come see why this is one of the most celebrated parties in the Bay. SF Station got a quick chat with DJ Sep about the party.

Tell us a little about why you think the party has been so successful.

It has a lot to do with the dedication of my resident DJs: Vinnie Esparza, Ludichris, Maneesh the Twister and J-Boogie, and the support of the Bay Area community over the last 16 years. The challenges and thrills are still fresh. We still try to throw the best party we can every week but if people don’t support it, it won’t last. So big up to those who have come out and continue to come out every week.

Take us through a typical night at Dub Mission.

The great thing is there is no typical night at Dub Mission. We may be having a special sound system show with an international guest, or a debut appearance from a great new artist, or a strictly residents night. But we always try to create a positive memorable experiencde, and play the kind of tunes that will move people, body and soul.

What have been some of your favorite memories?

Adrian Sherwood’s debut appearance at our fifth anniversary, Mad Professor’s debut appearance which was also one of the best shows I’ve ever seen him do, Zion Train’s debut at Dub Mission (and their first show in SF in 15 years), and Mungo’s Hi Fi debut appearance last year are just some of the ones that pop up. There are others.

How have you seen the Dub scene evolve during the 16 years of this party?

There are local and international producers making music now who weren’t even of age when we started and some of them have played at Dub Mission. So I feel great about spreading the dub virus far and wide! It deserves all the attention it can get. Dub and bass-centered music will continue to evolve, no matter what’s in fashion musically and I hope Dub Mission continues to be a part of that.

What do you look for in booking a guest?

Talent and a positive outlook, pure and simple.