Creativity and activism collide in a gallery opening that shares what a career dedicated to social change through art really looks like. 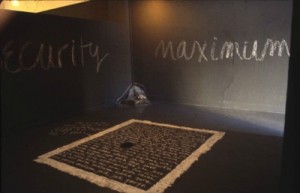 Richard Kamler has dedicated decades of his life to not only perfecting his craft as a visual artist but also trying to use his work as a catalyst for social change and cultural transformation. Armed with this belief, he has had his work shown around the world from right here in San Francisco to New York, East Jerusalem and beyond.

On January 27, The Thacher Gallery at the University of San Francisco will share a retrospective collection that includes Kamler’s sketchbooks, photographs, installations and drawings that he’s completed over the years including some collaborations with death row inmates, interfaith communities and individuals from the United Nations.

The event is open to the public and begins at 8pm. The exhibit will be on display through March 4.