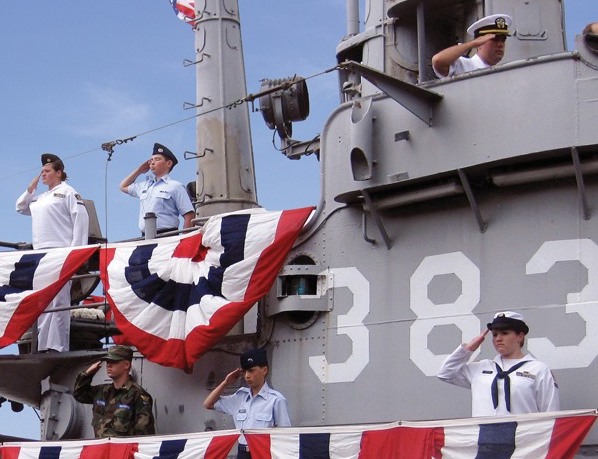 The USS Pampanito (SS-383) is a World War II Balao class Fleet submarine museum and memorial that is open for visitors daily at San Francisco's Fisherman's Wharf. The Pampanito made six patrols in the Pacific during World War II during which she sank six Imperial Japanese ships and damaged four others. Operated by the Maritime Park Association, Pampanito hosts over 100,000 visitors a year and is one of the most popular historic vessels in the country. In addition to day time visitors, over 15,000 kids a year participate in Pampanito's educational day and overnight programs. The USS Pampanito is a National Historic Landmark.