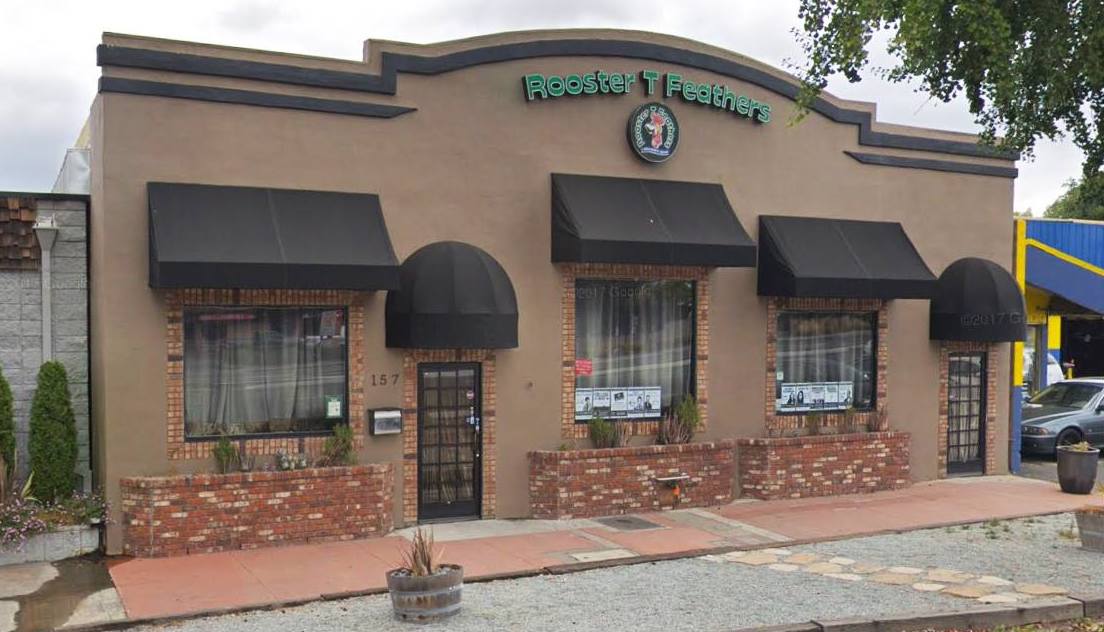 For over 30 years Rooster T. Feathers has brought the nation's best comics to its Silicon Valley stage. Stars of today such as Jerry Seinfeld, Robin Williams, Ellen DeGeneres, and Drew Carey have entertained thousands of Rooster's crowds. Today, Roosters is the host to national comics as seen on The Tonight Show, The Late Show with David Letterman, HBO, Showtime and Comedy Central. Not a cavernous hall or stuffy theater, Roosters offers an intimate setting where you can enjoy the funniest entertainers, live and up close, the way stand-up comedy was intended. This historic landmark was Sunnyvale's original bus stop and back in the early 1970s was the location of the beta test of the first video game, Pong. Rooster's showroom is always available for private parties, corporate events and daytime rentals in addition to our nightly shows. Personalized catering is also available for parties of 35 or more.

Rooster T. Feathers has featured some of the most famous comedians in the world during its 30-plus years of entertaining Sunnyvale, including Jerry Seinfeld, Robin Williams, and Dr. Stephen Hawking. Upcoming comedians include Darren Carter from Chelsea Lately, The George Lopez Show writer Michael Loftus and Amy Schumer of Last Comic Standing fame. Before the show, saddle up to the full-service bar and have a look at the menu —club policy requires a two-item-per-person food or drink minimum to keep the comedy funny and reduce the frequency of biting incidents. Laughing has many benefits such as improving circulation, strengthening cardiovascular functions, reducing stress hormones, and freaking out birds. Stop by Rooster T. Feathers to keep your blood flowing and your hormones stress and fowl-free.

If you're looking for something to do that will have you laughing all night, stop standing at the bar and watching your friend's lame attempts to score with the hottie they've been drooling over since you walked in and head to Rooster T. Feathers Comedy Club. The impressive roster of this Sunnyvale comedy spot has included some big names, like Robin Williams and Ellen DeGeneres, and regularly supports both local and national talent.
read more show less