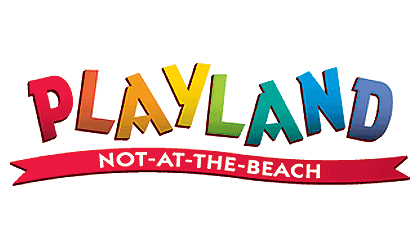 New landlords took control of the park in March, and as the East Bay Times reported, it was these owners who decided it was a lucrative opportunity to demolish the park to make way for new housing estates. Playland co-owner Frank Biafore said that he would love to find a new home for his collection of amusement park memorabilia, but “it looks pretty iffy.” - Excerpt from Playland-Not-at-the-Beach Set to Close to Make Way for Housing by Colin Volkers

Playland-Not-at-the-Beach is a temperature-controlled 9000-square foot building chock-full of amazing things to see and do. There are 30+ pinball machines set on Free Play, arcade games, videogames, carnival games of skills where you can win prizes, penny arcades full of antique amusement devices, live magic shows, an amazing hand-carved miniature circus, side show acts, miniature dioramas, Fascination games, and historic exhibits with artifacts from the Sutro Baths and Whitney's Playland in San Francisco. Playland-Not-at-the-Beach is a 501(c)(3) nonprofit Museum of Fun. Designed and built entirely by volunteers, the 20+ interactive exhibits celebrate the magic and history of America's bygone amusements. Our goal is to educate newer generations about the bygone days and allow those who remember Whitney's Playland and the Sutro Baths the opportunity to recapture the glorious sights and sounds of that marvelous era.
read more show less