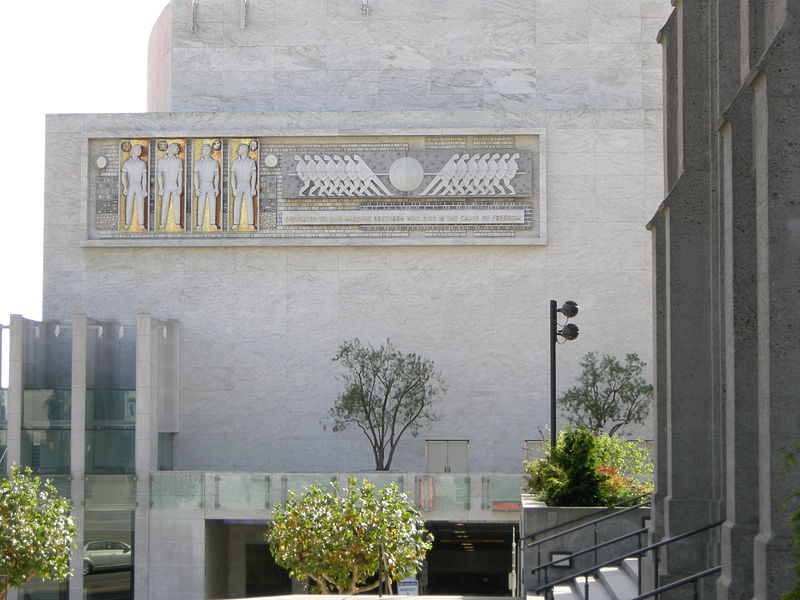 Located atop Nob Hill in one of San Francisco's most prestigious neighborhoods, SF Masonic is a versatile facility, hosting a variety of events.

Nob Hill Masonic Center of San Francisco (also known as the Masonic Temple or Masonic Auditorium) is a public venue at 1111 California Street in San Francisco, California. The venue was formally dedicated on 29 September 1958.

It has several large sculptures representing the four branches of the Armed Services on its outside wall. There is a frieze representing a gigantic tug of war between good and evil forces. Inside, it has a unique mosaic window designed by artist Emile Norman. The mosaic depicts a variety of natural themes as well as the professions. It contains gravel and soil from each of the 58 counties in California.

The Masonic Auditorium currently hosts many concerts and other live events and is managed by Live Nation.
read more show less