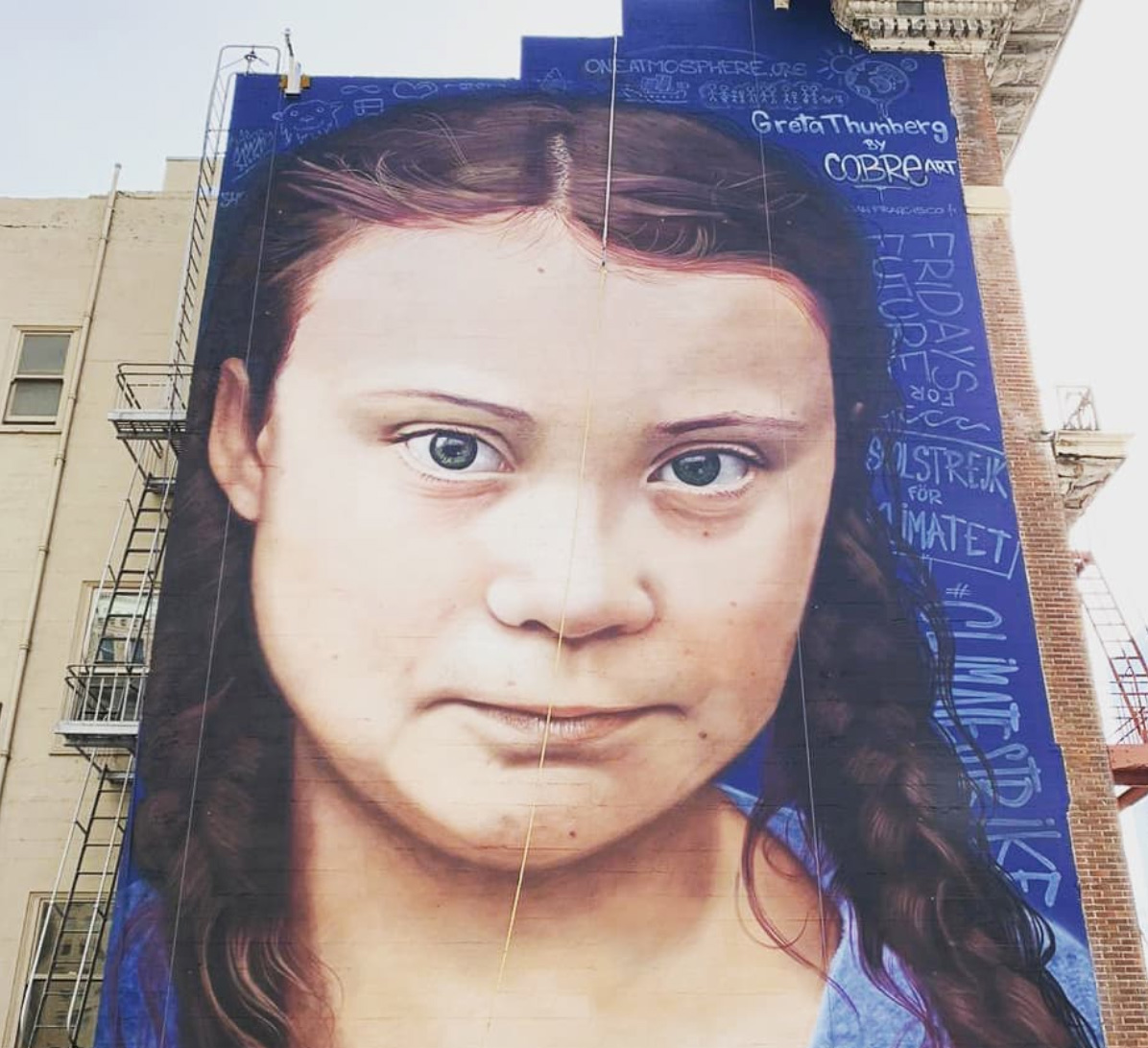 The Native Sons Building is an eight story building that houses a few small theaters and is graced by a mural of Greta Thunberg. The building was built in 1912.

The Native Sons began as an organization "embracing only the sons of those sturdy pioneers who arrived on this coast prior to the admission of California as a state."[2] In the 1920s, the Native Sons took two very different stances; one on immigration and one on rights for Native Americans. In 1920, then-Grand President William P. Canbu of the Native Sons wrote that "California was given by God to a white people, and with God's strength we want to keep it as He gave it to us." The Native Sons openly opposed Chinese, Mexican, and Japanese immigration and waged an unsuccessful legal battle for Japanese-Americans to be disenfranchised during World War II. However, by contrast, the Native Sons actively fought for California Native American rights.