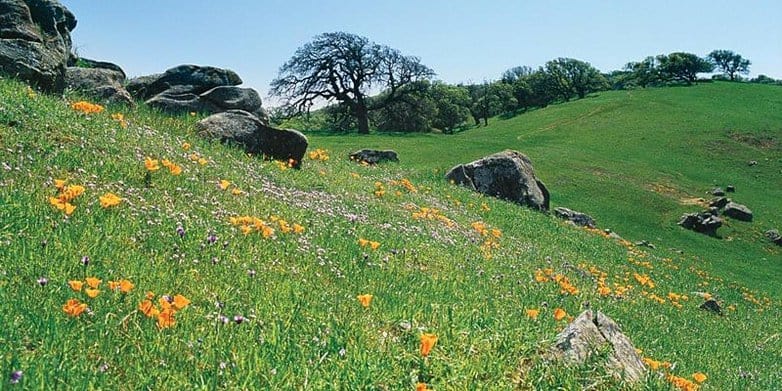 According to Native American folklore, at the dawn of time, Tuyshtak (today's Mount Diablo) was the sacred birthplace of the world. Supernatural beings, the First People, lived here. The First People are often designated with the names of the animals whose attributes are reflected in their personalities-animals such as Condor (Mollock), Prairie Falcon, Eagle and Coyote. These personages created Native Americans, and provided them with a bountiful, beautiful world. Most of the park's trails are named to commemorate these First People (Coyote, Fox and Eagle trails), while other names refer to natural features (Valley View, Blue Oak and Highland Ridge trails). Hog Canyon and Jeremiah trails harken back to the park's ranching past.