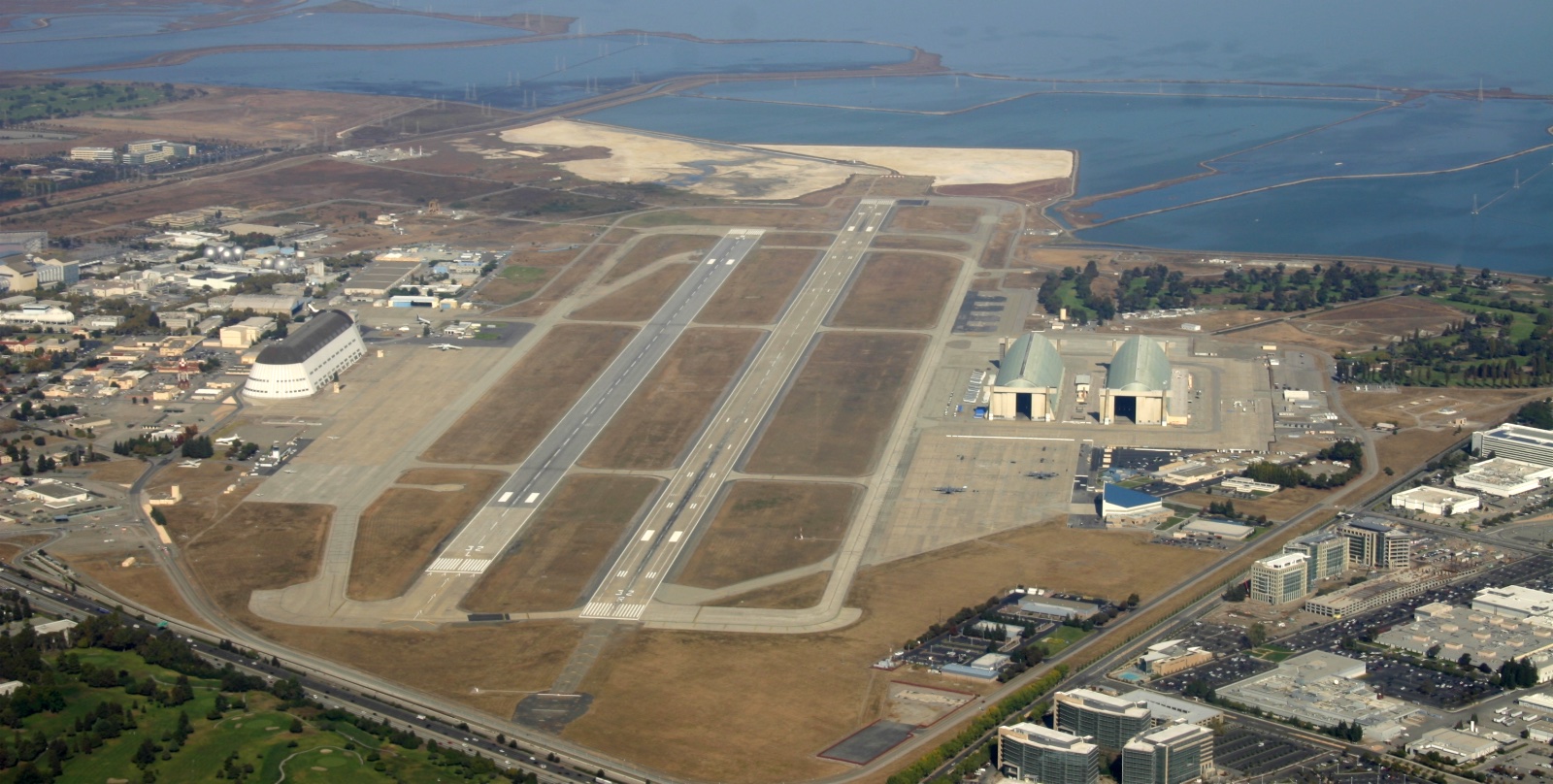 Moffett Federal Airfield, also known as Moffett Field, is a joint civil-military airport located in an unincorporated part of Santa Clara County, between northern Mountain View and northern Sunnyvale. On November 10, 2014, NASA announced that it would be leasing 1,000 acres (400 ha) of the airfield property to Google for 60 years.

The airport is near the south end of San Francisco Bay, northwest of San Jose. Formerly a US Navy facility, the former naval air station is now owned and operated by the NASA Ames Research Center. Tenant military activities include the 129th Rescue Wing of the California Air National Guard, operating the HC-130J Combat King II and HH-60G Pave Hawk aircraft, as well as the adjacent Headquarters for the 7th Psychological Operations Group of the US Army Reserve. Until 28 July 2010, the US Air Force's 21st Space Operations Squadron was also a tenant command at Moffett Field, occupying the former Onizuka Air Force Station. In addition to these military activities, NASA also operates several of its own aircraft from Moffett.

Hangars One, Two, and Three, and the adjacent Shenandoah Plaza are collectively designated as a National Historic District listed on the National Register of Historic Places.

Hangar One is one of the world's largest freestanding structures, covering 8 acres (32,000 m2). The hangar was constructed in 1931. Hangar One is a Naval Historical Monument, Historic American Engineering Record CA-335, State of California Historic Civil Engineering Landmarks. In May 2008, The National Trust for Historic Preservation listed Hangar One on their list of America's Most Endangered Places.

Hangar Two, and Hangar Three are some of the world's largest freestanding wood structures. The hangars were constructed when the US Navy established ten lighter-than-air bases across the United States during World War II as part of the coastal defense plan. Seven of the original seventeen of these wooden hangars still exist: two at Moffett Field, two at Tustin, California, one at Tillamook, Oregon, and two at Lakehurst, New Jersey.