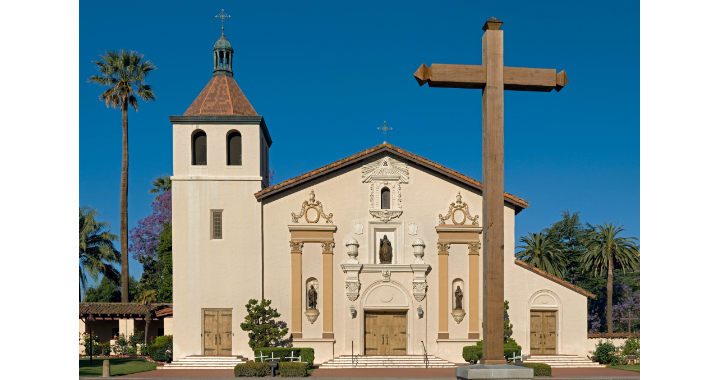 Mission Santa Clara de Asís is a Spanish mission in the city of Santa Clara. The mission, which was the eighth in California, was founded on January 12, 1777 by the Franciscan order. Named for Saint Clare of Assisi, who founded the order of the Poor Clares and was an early companion of St. Francis of Assisi, this was the first California mission to be named in honor of a woman.

It is the namesake of both the city and county of Santa Clara, as well as of Santa Clara University, which was built around the mission. This is the only mission located on the grounds of a university campus. Although ruined and rebuilt six times, the settlement was never abandoned, and today it functions as the university chapel for Santa Clara University. - https://en.wikipedia.org/wiki/Mission_Santa_Clara_de_As%C3%ADs