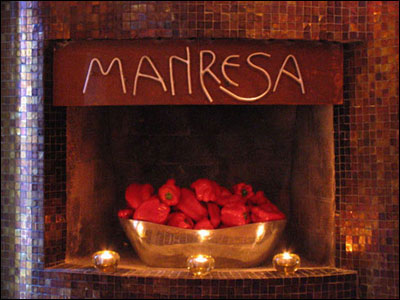 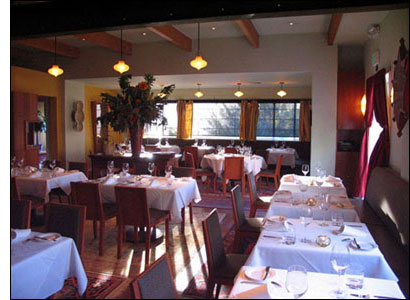 Manresa is the showcase for the inventive cuisine of Executive Chef David Kinch. Influenced by French and modern Spanish Catalan cooking, Chef Kinch draws inspiration from European traditions and refinement, American ingenuity and California's vast bounty. From the nearby Santa Cruz mountains and Monterey Bay, artisan suppliers provide Manresa's kitchen with an abundance of fresh ingredients.

Manresa chef David Kinch is more than a big fish in a little pond. He's the only fish in the pond because his rarefied, vegetable-centric, highly personal cuisine is in a class by itself.

Since Manresa sources many of its ingredients from Love Apple Farms in the nearby Santa Cruz Hills, the honey in your Santa Cruz 75 cocktail comes from bees only 15 minutes down the road. In addition to other cocktails with local flavorings, Manresa bartenders can mix up almost-forgotten classics like the Corpse Reviver #2, usually a hair-of-the-dog hangover cure. For those who are not ready for a full-out meal at Manresa, the small cocktail lounge is great for a quick stop while bouncing around Los Gatos.