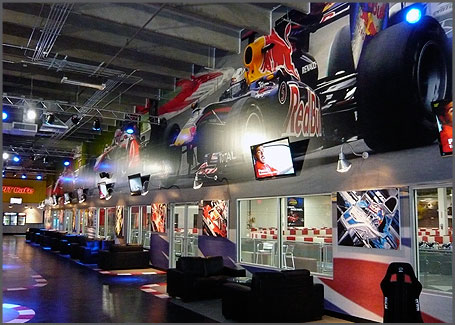 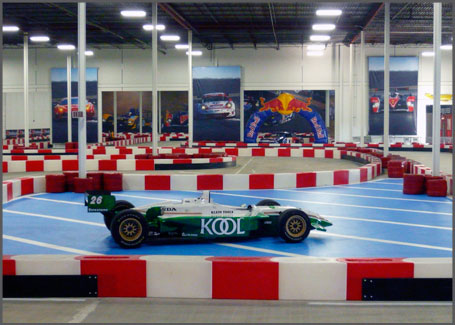 K1 Speed, the nation's largest indoor go kart racing company, with nine centers currently open or in development across the United States, is opening its newest location in Santa Clara, California. After successfully opening and operating indoor kart tracks in Southern California and the Pacific Northwest, K1 Speed is quickly expanding, and is now bringing its renowned centers to the Northern California market. In doing so, the company is bringing the thrill and excitement of electric indoor karting to a whole new group of racing fans. The indoor kart racing facility in Santa Clara is designed to live up to the high standards that K1 Speed is known for - featuring a professionally designed race track and 50,000 sq. ft. of space, the center is home to high performance electric karts that are capable of 45 mph. These eco-friendly go karts offer superior performance to their gas-powered alternatives, while having a low environmental impact.

Like K1 Speed's facilities in Southern California, Washington State, Florida, and Arizona, K1 Speed Santa Clara will allow both novices and experienced drivers (and children who meet the 58" height requirement) to experience an authentic racing atmosphere that will satisfy even the most demanding of drivers. Featuring a challenging combination of straights and tight corners, the track allows individuals to explore their limits, as well as those of the electric go karts; however, safety barriers and electronic shutdown ensure that racers do so in a safe and controlled environment. When not racing head-to-head, individuals can take advantage of the spacious lobby, which features video games, a Pit Cafe that serves snacks and refreshments, and musuem-quality racing memorabilia such as race suits, helmets, jerseys, autographed artwork and photography, and genuine race cars. And for those simply looking to relax and take a breather between races, there is ample and comfortable seating, large projection screens with live race data, and plasma televisions.

K1 Speed Santa Clara will tie into every K1 Speed center, allowing new racers to compare their performance against other drivers. Utilizing the live K1 Speed Race Scoring timing system, racers can see first-hand how their performance stacks up against the nearly one million racers who have walked through K1 Speed's doors. The scoring system analyzes and keeps track of lap times and performance against other racers, and provides an overall rank which will go up as individuals improve their skills over time. The system is a great tool for racers who want to keep track of their progress on repeat visits.

In addition to offering "Arrive and Drive" racing to the public, K1 Speed Santa Clara also offers packages for team building exercises, corporate functions, birthday parties, bachelor and bachelorette parties, Bar and Bat Mitzvahs, and other special events such as product launches. The facility has on-site meeting rooms with complete audio / visual systems, which include projection screens, plasma televisions, DVD players, and Wi-Fi Internet access. Quite simply, the meeting rooms have everything that a business would need to host a meeting or conduct a group presentation, making K1 Speed Santa Clara a unique alternative to standard meeting venues. Catering services can also be arranged, and race packages are a popular option for groups renting out rooms.