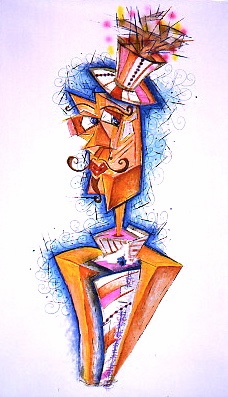 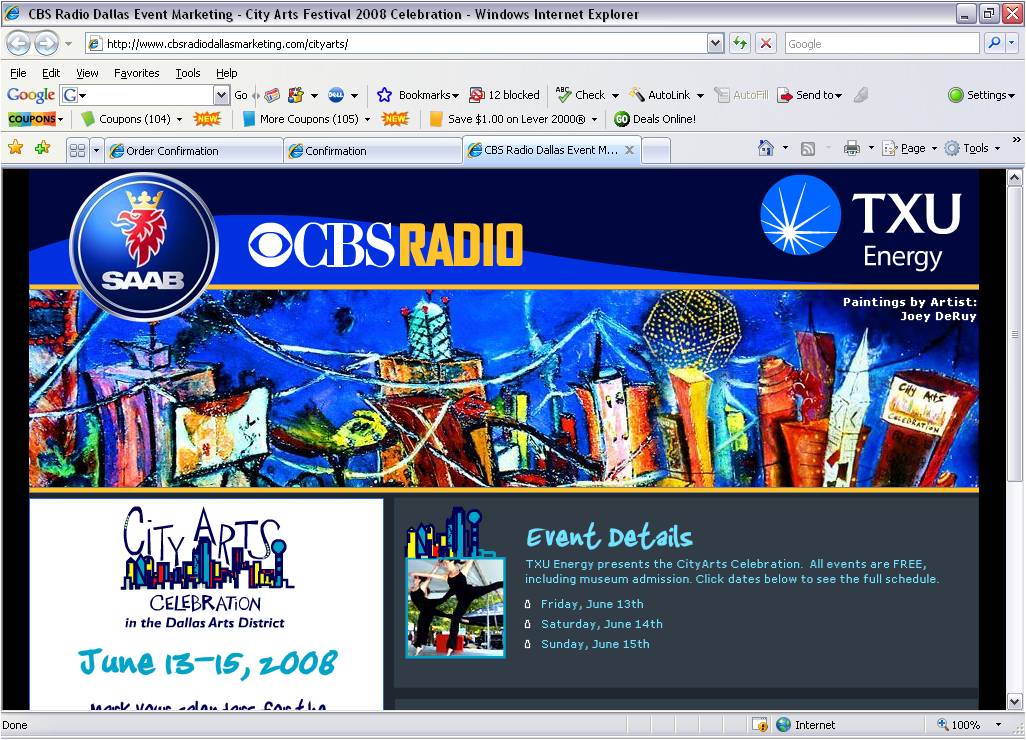 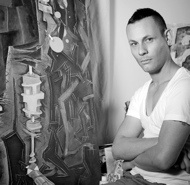 Joey Deruy grew up in Kenya, and it is difficult to look at his interesting mixed media works without calling to mind the basic, and most general, conventions of African tribal art: Mask-like eyes that are lengthwise chinks with pronounced, elongated eyebrows.  Long, sharply carved, trapezoidal noses that protrude delicately from the head.  The compact mouth that appears, almost, as a formalized pout. And the oblong, nut-shape heads held by stiltlike necks. Thus, as is the case in the work of many non-African artists—e.g., Picasso, Giacometti—Deruy’s work demonstrates a definite kinship with an African sensibility.  Deruy’s subjects, nonetheless, are quite in a classic European vein; as demonstrated by titles such as, Matador, Paris, and Maestro. Indeed, it is with a flourish of the fantastical that Deruy sets the stage for his personages.  The gold locks and tassels adorning the matador’s chiseled face, or background sailboats with bright stripes, or fairytale castle spires on a distant hill, are all lent piquancy as a result of Deruy’s skill at coloration; particularly, his expert alchemy in fusions of pastel, encaustics, flower petals, ashes, and oil. There is an excitement, one that perhaps even borders on delirium, in Deruy’s unique studies of familiar types. Consider his tawny mariner in the work titled, Steward. His shirtless man stands firmly as a bottle on a table, or rather, floats as surely as a cork—while the night and the sea dangle together like grapes.