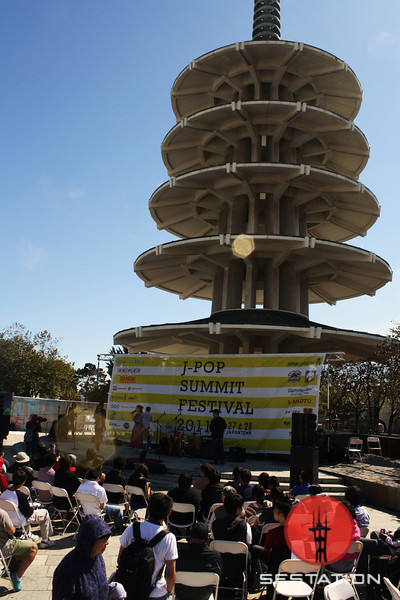 The Japantown Peace Plaza is an outdoor court which connects the Miyako and Kintetsu Malls. Created in the mid-1960s as a complement to the Japan Center Mall during redevelopment, the initial plaza design featured a 17th century "eternal flame" that was donated by the Sumida Shrine in Osaka, Japan. The original design included a granite reflecting pool that surrounded the Peace Pagoda, and a large drum-tower at the center of the plaza.

Inspired by a set of round pagodas that existed in Nara, the ancient capital of Japan, the Peace Pagoda was donated to Japantown as a gesture of goodwill in 1968 by the City of Osaka, San Francisco's sister city in Japan. It has since become one of Japantown's main landmarks.
read more show less