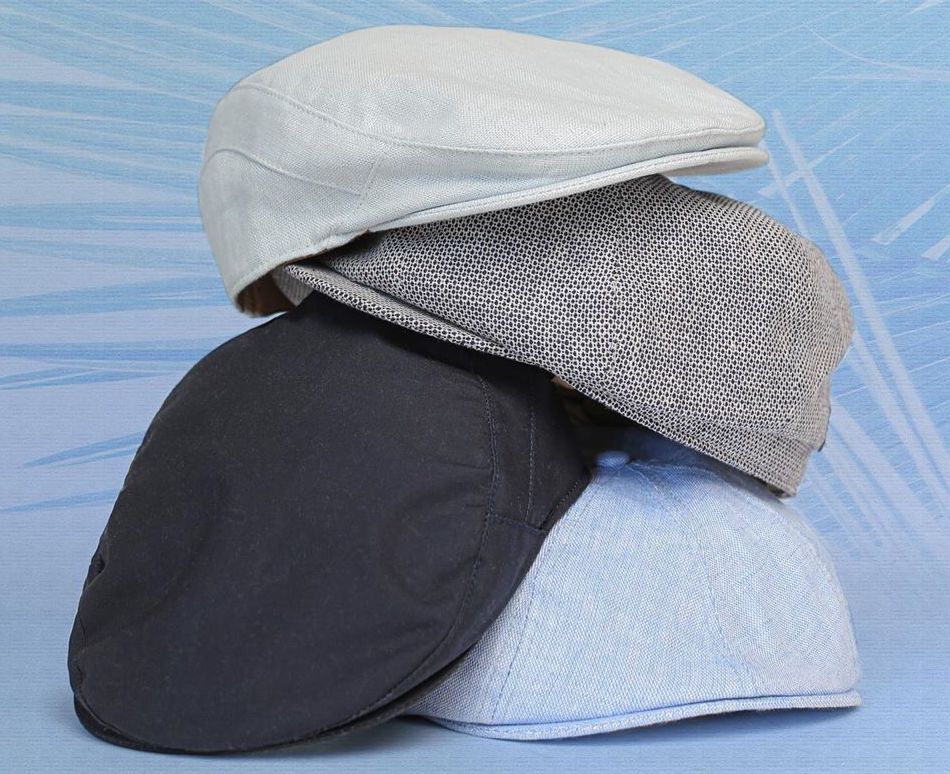 The legacy of Goorin Brothers is one that follows a timeless approach to the art of hat making. In its fourth generation of leadership Goorin Brothers continues the tradition of authentic family craftsmanship and is supported by a team of individuals who share the same passion for the cultural, artistic and hands on approach to this century old brand.

Goorin offers timeless, classic styles with a unique flare and personality -- hats that allow you to make a statement without having to say a word.

Goorin Brothers hat making tradition began on the cobblestone streets of Pittsburgh Pennsylvania when founder Cassel Goorin sold his first hat off a horse cart in 1895. In the 1920's Cassel's Sons, Alfred and Ted Goorin, helped their father expand the business. Learning the trade from their father, Alfred and Ted were the original Goorin Brothers.

War prosperity fueled demand for sport and leisure hat styles in the 1940's. Outdoor leisure was incorporated into their new sporting line designed to accommodate the hunter, fisherman, and camper alike.

By the 1960's formal hats were no longer the norm for day to day life. In order to survive, the company turned to the ski industry and became the official head wear company for the Olympic Games held in Squaw Valley in 196O.

During the 1970's Alfred Goorin Jr., Cassel's grandson, took over the family business. Alfred and his wife, Glorianne expanded their foothold in the ski business and added winter accessories to their successful line of headwear. This included gloves, mittens, socks, and other sportswear. They even looked to Europe for ideas and inspiration for more fashion-forward styles.

In the early 1990's, Ben Goorin, now the fourth generation of family hatters enters the business. The rise in popularity of quality made baseball caps and beanies spurred by underground streetwear made Goorin Brothers relevant for the fast developing skateboard and snowboard industry.

Today, Cassel's great-grandson Ben Goorin is leading Goorin Brothers with an eye to the future and a strong foundation in his heritage. While staying true to the company's authenticity and craftsmanship, Ben Goorin reaches out into San Francisco's rich artistic community and continues to develop the most creative headwear today.