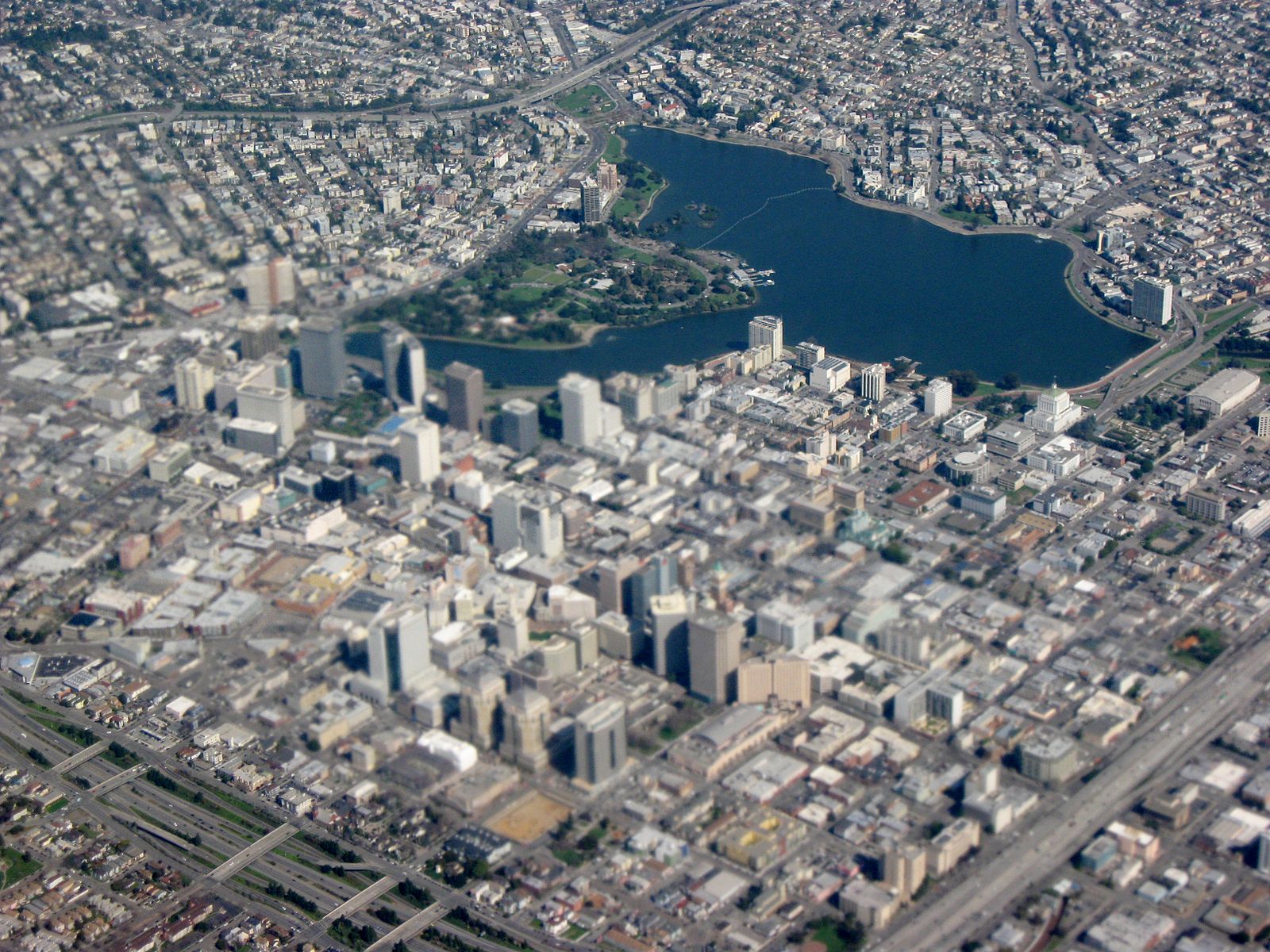 The Downtown area is sometimes expanded to refer to the industrial and residential Jack London Square and Jack London warehouse district areas, the Lakeside Apartments District a largely residential neighborhood on the west side of Lake Merritt, the Civic Center district, Oakland's Chinatown, and the south end of Oakland's Broadway Auto Row, an area along Broadway which has historically been used by car dealers and other automotive service businesses. While many consider these areas outside of downtown proper, they are generally considered more geographically proximate to Downtown Oakland than to East Oakland, North Oakland or to West Oakland and are thus sometimes associated with Downtown Oakland. - wikipedia.org/wiki/Downtown_Oakland