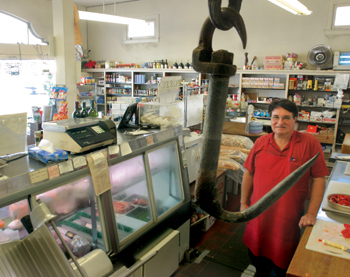 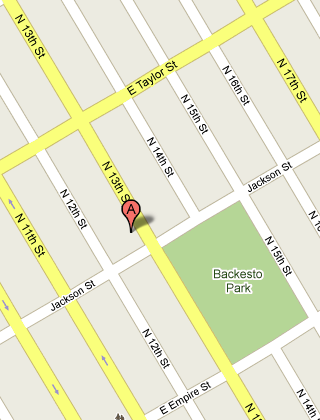 Dont be bashful, ask about the Bocce Ball at Backesto Park.

Owner Lou Chiaramonte's Sicilian-born grandfather started this deli nearly 100 years ago. Back when 13th Street was mainly an Italian neighborhood along what was then the highway to Oakland, Chiaramonte's was the place to go for fresh-made Italian sausage. It still is. Chiarmonte's sells the sausage by the mile, shipping it as far as New York for people who just can't go without it. The deli also makes great meatballs. To enjoy a slice of this Italian-American institution, try a sausage sandwich—a fat link of that Sicilian spiced pork with a ladle of thick marinara sauce. Open 10am-6pm Monday-Friday and 10am-5pm Saturday.

Lou Chiaramonte doesn't exactly know when his upcoming big anniversary is, but he won't be in the doghouse because of it.

''Record-keeping just wasn't very good back then,'' he says. ''I'll probably just pick a date and go with that.''

He won't be disappointing a beloved spouse. The mystery date is when Chiaramonte Market, founded by his great-grandfather Salvatore sometime in 1908, turns 100 years old.

To enter the market is to step back in time. Largely unchanged since the 1950s (Chiaramonte has the photo album to prove it), the space is a monument to the San Jose of that era -- when Italian was the foreign tongue most commonly heard.

Inside, customers can see the relics -- antique scales, fans and meat hooks from days gone by. The ancient three-button telephone, displayed in the center of the market, still works.

If it works, don't mess with it. That philosophy also carries over to the market's food.

Italian sausage is the family calling card. Handmade on the premises from Salvatore's recipe, the primary ingredient is trimmed pork butt -- Chiaramonte says no fillers or extra fat are added. The result is a relatively lean, toothy sausage, made with distinct chunks of meat and lightly seasoned with fennel seed and black pepper. You won't find smooth homogenized grindings here. Hot and extra-hot versions are available, as are other types of sausages.

Cradled in a soft sourdough roll with onions and peppers sauteed in a savory marinara, the Italian sausage sandwich ($5.59) delivers warm, aromatic serenity. I ordered the hot sausage, which added another dimension of flavor without being too fiery, daring me to try the extra-hot next time.

Other hot sandwiches were similarly delicious and satisfying. The thinly sliced stack of beef in the pepper steak sandwich ($5.99) was exceptionally tender, with a just-right amount of tangy steak sauce added for brightness.

Speaking of tang, fans of North Carolina-style barbecue should swoon over the shredded pork sandwich ($5.29), which featured a hearty mound of soft pork coated with a sharp, vinegar-based sauce. Expecting the more common ketchupy style of barbecue sauce, we were caught off-guard but warmed quickly to its charms.