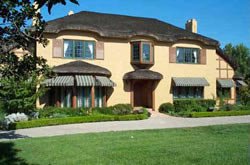 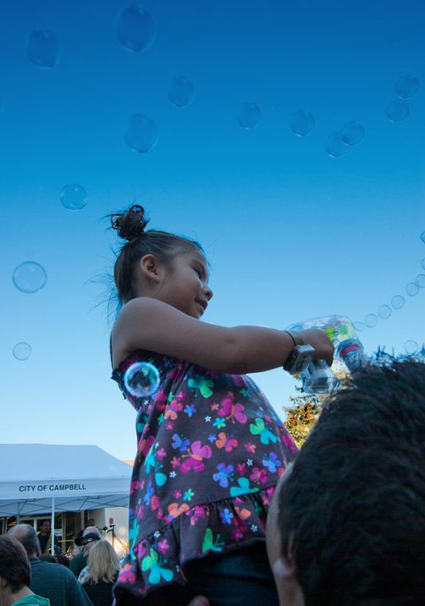 The Campbell Historical Museums consists of the Ainsley House and Historical Firehouse Museum.

The Ainsley House is a restored English Tudor style building in Campbell, California. It is now a museum open to the public.

The historic Ainsley House is an example of the English Tudor Revival style popular in the South San Francisco Bay Area during the 1920s. The home was built in 1925, as the third home for Campbell canning pioneer John Colpitts Ainsley and his wife Alcinda. The home originally sat in the southwest corner of their 83-acre (340,000 m2) orchard on the corner of Hamilton and Johnson (now Bascom) Avenues. The historic home was moved to its present location at 300 Grant Street in Downtown Campbell in 1990.

Since its relocation, the historic home has been restored to its original 1920s appearance inside and out. The Ainsley House is a City-run historic house museum and is open to the public. The 15 rooms are furnished with much of the original furniture from the era when the house was one of the grand homes in the Santa Clara Valley. The house is not only a symbol of J.C. Ainsley’s success, but of the prosperity found in Campbell at the height of the fruit canning and drying industry. The original English gardens have been recreated in its new location in the design laid out by noted San Francisco landscape architect Emerson Knight.

The carriage house, now the Morgan Gallery, offers free exhibits and videos detailing the history of Campbell. The Morgan Gallery is also home to one of the Museum Foundation’s Gift Shops. The Ainsley House and Morgan Gallery are open Thursday through Sunday, March through mid-December. The Campbell Historical Museum is just a short distance across the Orchard City Green in the historic Firehouse #1 building.


In 1983 the Museum moved into the historic Firehouse which had been vacant. The Firehouse was the first public building erected in Campbell when the town incorporated in 1952. It served as not only the Firehouse but also the first City Hall and Council Chambers. After a year of renovations, the Museum opened to the public in 1984 and hired its first full-time staff member. At this time a non-profit support group, the Campbell Historical Museum Association (later to become the Campbell Historical Museum & Ainsley House Foundation) was formed to help raise additional funds for the museum.

The Campbell Historical Museum offers artifacts and memorabilia that help us interpret and recall the vanishing world of Santa Clara’s past. Visit a "General Store" that served as the community center, examine an early parlor and the early examples of "Decorative Arts" in early Campbell, discover the roots of Campbell's agricultural past, and explore hometown music and drama as early forms of recreation. “Please Touch” displays in each of the four thematic areas allow you to get a feel and closer glimpse into the Valley’s history.

Additionally we have an acclaimed education program that has received outstanding “marks” from teachers and students from many districts in our county, and the interactive exhibits establish a rich link to our valley’s past for visitors.