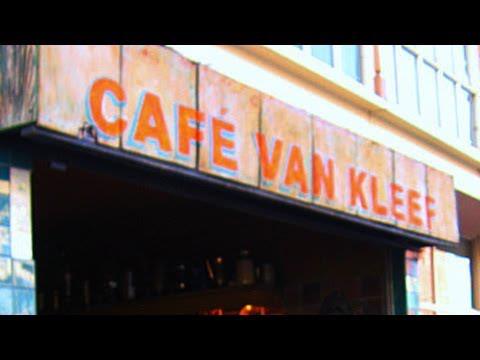 Cafe Van Kleef, a sepia-toned saloon, two blocks from City Hall, is the jewel of Oaksterdam. The seductive scent of city council-sanctioned ganja wafts from many doorways along this strip of Telegraph, but nothing fancier than Fernet is served inside this dimly lit, elegant watering hole. Legend pegs the place as a haunted cornucopia of nostalgic treasures from the past. Dorothy's ruby slippers, Cassius Clay's boxing gloves, and the head of a water buffalo shot by Gary Cooper on an African safari with Hemingway allegedly adorn the walls. The ghost of a French junkie is said to patrol the premises, adding a supernatural flair to the bar's Euro-charm. In the six short months since Peter Van Kleef's little speakeasy went legit, it has become the eye of its own little Oakland zeitgeist. Like Les Deux Magots in Paris or Vesuvio in San Francisco, Cafe Van Kleef is bound for glory. Ambitions aside, it's a great place to get buzzed. -East Bay Express - May 5, 2004