After a year of canceled and postponed shows, San Francisco dance institution Public Works is throwing a big party on September 25th for its 10th anniversary, featuring performances by Robag Wruhme, David Harness, and more.

A week later, party promoter As You Like It is celebrating its 11th anniversary, also at Public Works, with DJ sets by Floorplan, Claude Young, Todd Edwards, and more.

The milestones and accompanying celebrations are all the sweeter as they arrive a year-and-a-half after San Francisco first enacted shelter-in-place guidelines in response to COVID-19, closing down concert venues and clubs. To host events now, Public Works is following city guidelines, requiring that attendees show proof of full vaccination and wear masks while indoors.

Reviewing the artists that have played Public Works over the years is like getting a list of every important dance DJ/producer of the past 30 years; featuring everyone from early pioneers and innovators (Carl Cox, Cerrone, Moodymann, ESG, Laurent Garnier, Derrick May, Kevin Saunderson, Juan Atkins) to the latest darlings in house and techno (Bicep, DJ Koze, Maya Jane Coles, Todd Terje, Acid Pauli, Nina Kraviz). The venue has also featured DJ sets from bandleaders like James Murphy of LCD Soundsystem and Rob Garza of Thievery Corporation.

Public Works also prides itself on hosting events beyond dance parties. For about six years, the venue has been San Francisco’s base for The Moth, a popular storytelling series that normally puts on more than 500 live shows each year across more than 29 cities. In addition to The Moth, Public Works also hosts Odd Salon, Speechless, and HellaFunny comedy nights.

“We try to keep up with the changes in the city, but at the same time maintain our initial vision, which is to be a space that’s more than just a nightclub,” says Jeff Whitmore, co-founder of Public Works, the Midway, and Mighty (now closed). “We’ve bridged the gap with some of these events, like The Moth, that are appropriate for anyone.”

The first event at Public Works, which took place in the middle of its build-out a decade ago, was an arts event that culminated in the painting of a big mural on the side of the building. The mural is unfortunately now covered up, says Whitmore, but it represents that initial spirit—and future direction—for the venue to partner with local art nonprofits and community organizations.

As You Like It has also evolved over the years and through the pandemic. Last year, the promoter launched As You Like It Recordings, a new label focused on Bay Area artists. In addition to house, techno, and diverse dance music, the label plans to release downtempo, ambient, and other styles of electronic music.

So far, the label has only released one record — Ascent/Descent EP by Christina Chatfield — but Jeremy Bispo, Founder & Executive Producer of As You Like It, says there’s still more new music lined up. Release dates are TBD. 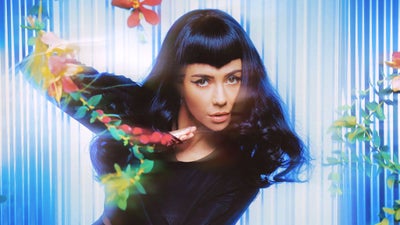