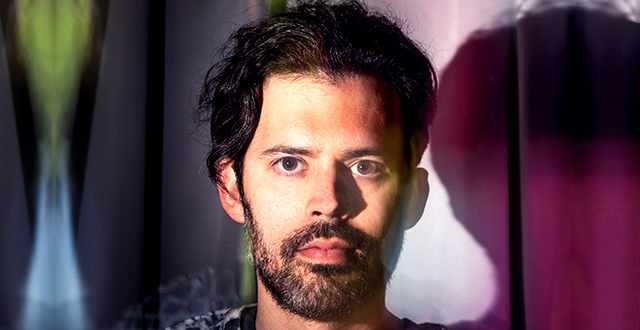 On June 7th, Nate Brenner, the force behind Naytronix (of Tune-Yards), will release his third studio album, Air, on BotCave Records. The album is an electro psych-pop collection that is both warm and heavy, relaxing yet challenging. Its booming, dense, aggressive sound is juxtaposed against Brenner’s gentle voice.

The album, co-produced by Merrill Garbus and Ross Peacock, mixed by Jonas Verwijnen at Berlin’s Kaiku Studios, then zipped over to NYC for mixing by Sarah Register, comes after a busy few years for Brenner. Between touring with Tune-Yards, scoring films like Boots Riley’s Sorry to Bother You, producing albums and helping run BotCave, Brenner is hard at work on his own projects. We asked him how Naytronix overlaps with his other collaborations, how it how it felt to score a major film, and what else is in the works.

Brenner started writing Air in 2016. Its name was inspired in part by the California wildfires of 2017 and 2018. Says Brenner, “People everywhere were wearing these smoke masks; the air was dirty in terms of what people were breathing and it made me think of dirty air in terms of what people are hearing. We hear music through the air, or if you can’t hear anything it’s lonely air…”

SF Station (SFS): Can you tell us about Air’s overall aesthetic? Did anything in particular inspire its creation?

Nate Brenner (NB): At the time I started writing Air I was reading this nonfiction book called Sapiens that really was the basis for a lot of the different songs and themes on the album. I feel like the author (Yuval Noah Harari) might hate that his book inspired my album but it’s true! (he laughs)

SFS: As a writer, I say that’s pretty inspiring, though! Have any other books inspired your work?

NB: I read a lot of nonfiction. Have you heard of Musicophilia? It’s all these case studies about music and the brain.

SFS: That sounds helpful for producing, in some ways. Speaking of which, can you tell us about BotCave? What’s your setup like in there?

NB: It’s the studio I share with Merrill (Garbus, of Tune-Yards’ fame). Over time we’ve been slowly buying new equipment. It’s not that professional, really — it’s not like Tiny Telephone where we have all this equipment and tons of channels… we have like eight channels (laughing) but it’s everything we need, really. I think it’s nice to have limitations, too.

SFS: You collaborated with several people on this new album, including Merrill, Hamir Atwal (drummer, Tune-Yards). How does that process work differently when you’re working on Naytronix versus Tune-Yards?

NB: Everything is overlapping all the time; when me and Merrill are in the studio working on Tune-Yards stuff, I might have an idea that’s more appropriate for Naytronix than for Tune-Yards… and Naytronix feels more like a part-time job whereas Tune-Yards is my ‘full time’ job, so it often becomes the priority.

SFS: Do you kind of run the show on Naytronix? Who else are you working with on that?

NB: Naytronix is my project and my song writing but it’s incredibly collaborative. My good friend Mark Allen-Piccolo worked on it with me a lot. We’ll be working and morphing songs and ideas together; I’ll hear something new that he added and I might add onto that.

SFS: I’m curious about the percussion on this album. I’ll call it a drum question: you’ve got this amazing drummer, Hamir Atwal, who works with you on a lot of Tune-Yards stuff, on some of Naytronix. How do the real drums work in cohesion with drum machines, and how’s that all translate to a live performance?

NB: At first this album was all drum machines, but I got tired of it. I wanted to push the sounds in a way that drum machines just can’t do. For example, on “Come Back,” the first verse and chorus are just drum machines, then Hamir comes in on drums at the second verse. It’s fun to find ways to blend the two. “I’m Becoming” is another example: real drums come in on the chorus… the only track where it’s all drum machines (with Robert Lopez on bongo) is “I Feel Strange.” 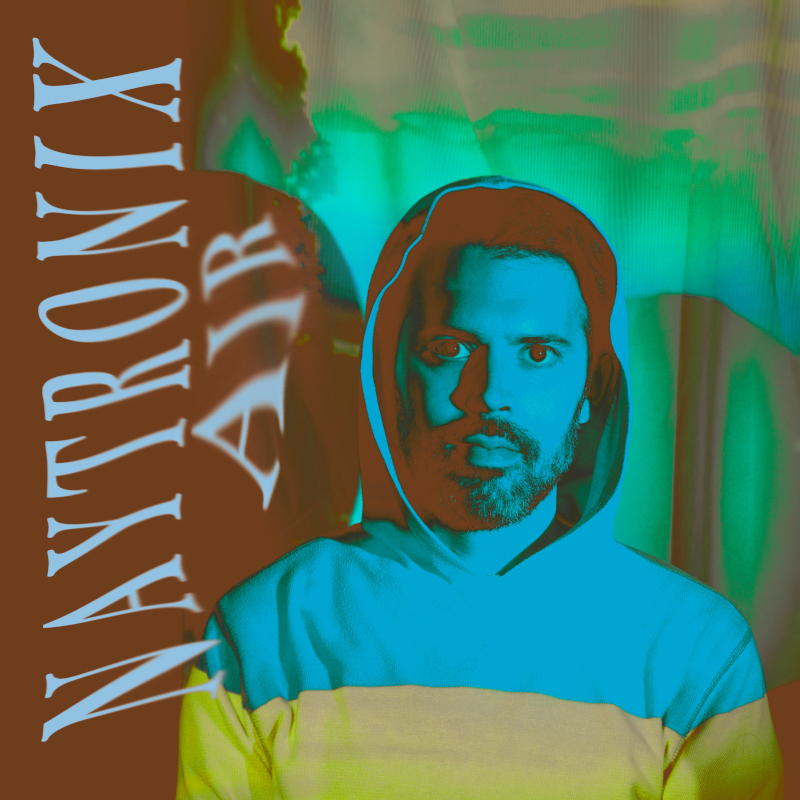 SFS: What would you say you want to start focusing most on moving forward? Have you had any ah-ha moments of late?

NB: Well, when I started working on the score for Sorry to Bother You, I had this moment, like, “Oh, this is what I’m supposed to be doing with my life.” I feel like I’m good at it and it also felt so good to serve someone else’s vision and to be happy doing that. Helping get someone else’s project out into the world. It’s a great feeling.

Great, indeed. Many thanks to Nate Brenner. Naytronix has two upcoming performances in the Bay Area.

JUL 31 GET IT?! GAMESHOW at Cobb's Comedy Club
The Best Events
Every Week in Your Inbox