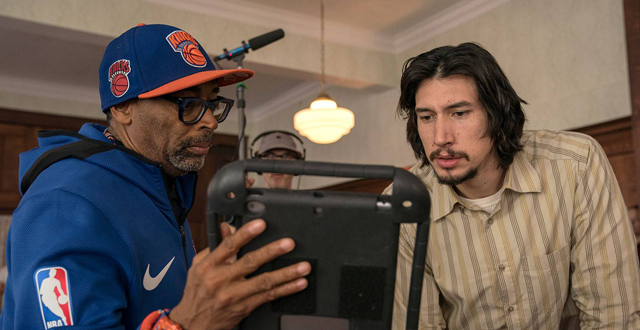 Filmmaker Spike Lee will be a guest of honor in San Francisco next week, as he gives an in-depth onstage conversation about his career and creative process, followed by a screening of his latest film, BlacKkKlansman.

For Spike Lee’s film, he is struck by the current and impossible-to-ignore prevalence of hate groups in today’s public life. The film weaves together a story from the late 1970’s with recent political events; a mix of some comedic moments, combined with bold dialogue, direct portrayal of racism, and an intense visual style.

In anticipation of the tribute and screening, we gathered 5 facts about the film.

1. The film is based on a memoir called “Black Klansman” written by Ron Stallworth, a black Colorado Springs police officer who, in the 1970’s, managed to successfully convince the Ku Klux Klan he was a white supremacist.

3. The film was theatrically released in the United States on August 10, 2018, coinciding with the one-year anniversary of the white supremacist Unite the Right rally in Charlottesville, Virginia.

4. At the film’s world premiere at Cannes film festival in France, the audience applauded a half-dozen times during the screening, followed by four minutes of applause during the credits and a six-minute standing ovation.

5. Spike Lee won the Grand Prix award at Cannes and his film was just one of just two American films in the official competition. He accepted the prize “on behalf of the People’s Republic of Brooklyn, New York.”

Tickets to the event are $15 for SFFILM members and $20 for the general public. Tickets include access to the onstage conversation, followed by the screening. [See editor’s note below.)

Editor’s Note 9/19: Tickets have gone to RUSH ticketing and pre-sales are no longer available. After all ticketed patrons have taken their seats, we will sell off the unclaimed seats to people in this line. There is a very high likelihood of getting in off of the RUSH line.

MAR 31 The Book Of Mormon at Golden Gate Theatre