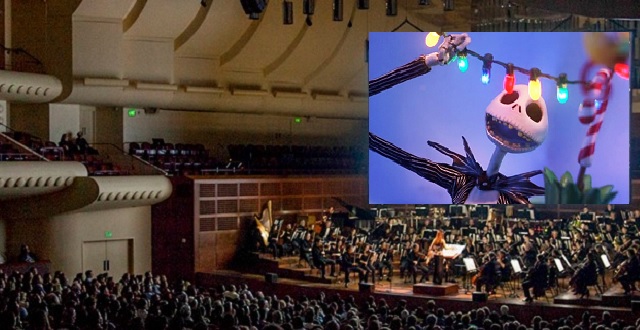 For five consecutive months, beginning this November, the San Francisco Symphony will host a new lineup of special evenings, combining movie classics and the orchestra. Films, both new and old, will be projected on a 60-foot screen above the symphony who will be performing the film’s soundtracks in real-time.

For the Fall and Winter season, the films on the 2018-19 schedule will include Jurassic Park, The Nightmare Before Christmas, Love Actually, Mary Poppins, La La Land, and Close Encounters of the Third Kind. For more information about the films and ticketing information, please visit the Symphony’s Film Series website or click on the links below. Tickets start at $60 and there are multiple dates for each show.

Close Encounters of the Third KInd

The Nightmare Before Christmas (conducted by Ted Sperling)