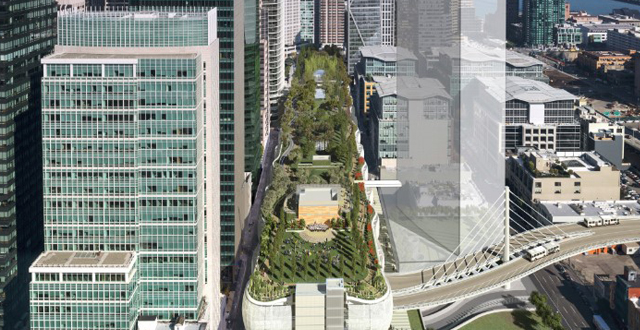 Update on February 1st: The $2.2 billion Transbay Transit Center will remain closed until June 2019 – at the least. What was set to be a complete new urban hub, has instead been a big embarrassment. The transit center was closed when cracks were found in the weight bearing welds; a little over one month after opening to the public.

One of the features of the new transit station is a 5.4 acre rooftop park that includes trails, an amphitheater for concerts, quiet spaces and over 600 trees. The park is said to rival the High Line in New York City. Some other great additions to the station include a gondola lift, the Children’s Play Gardens, a huge Grand Hall with shops and restaurants, and a state of the art environmentally-friendly bus deck with high-speed rails going all the way to Southern California.

The estimated 45 million yearly visitors will also be greeted by all new murals curated by local arts org ArtSpan and executed by 38 local artists and their team of volunteers. Those interested in volunteering in this massive undertaking this weekend can contact [email protected] to sign up for shifts. 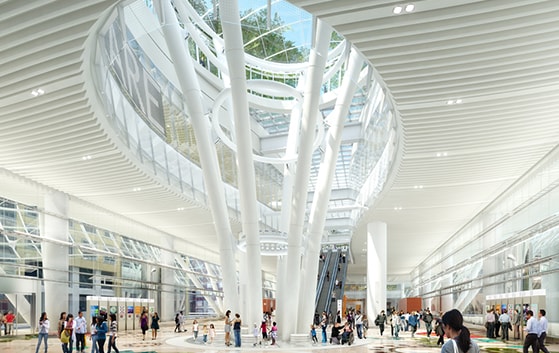 Both events are free to the public.

The Salesforce Transit Center is located at 425 Mission Street, SF.