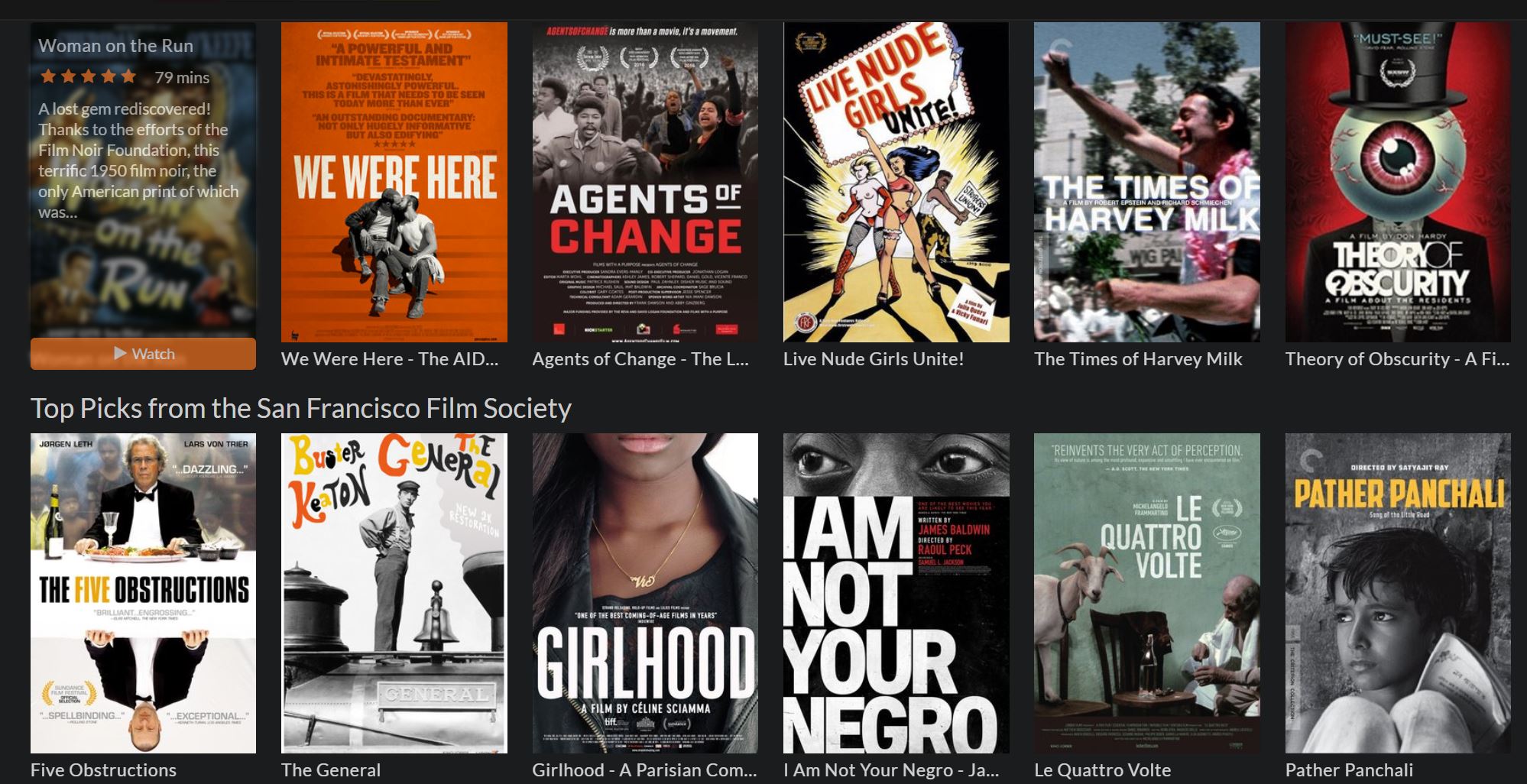 Just when you thought you’ve exhausted your Netflix list, for reals this time, there’s a whole other on-demand video platform to indulge in…free of charge to SF Public Library card members. Kanopy’s curated collection of more than 30,000 films, including movies and documentaries from award-winning filmmakers, film-festival picks, independent and classic film, world cinema, and critical favorites—all available via the SF Public Library.

Don’t have a library card? Don’t fret. You can sign up online and pick up the card at one of their locations (that’s the hardest part). Here’s a look at Kanopy, let us know what films you’d recommend in the comments below.