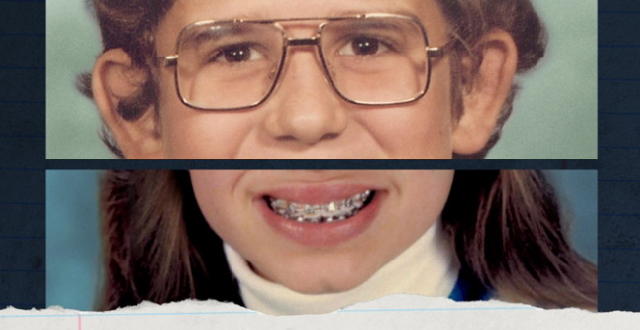 Valentine’s Day is coming up, and as we know, having been force-fed commercialism since New Year’s Day, that not everyone is so jazzed up about the holiday, particularly those who are single, heartbroken, or too broke to afford expensive flowers and fancy dinners. However, there is a remedy to potential sadness. It’s called Mortified. It’s the show centered around the endearing to the humiliating memories brought to life by childhood journals, stories of dating disasters, love incompetence and awkward teen angst-filled moments that are all part of growing up. Mortified is a production that unifies people with shows around the world, and also right here in San Francisco, at the DNA Lounge every month.

Their annual “Doomed Valentine’s Day show” is happening this Friday and has been dubbed, “the best thing to happen to love since Viagra” and “Self-deprecation taken to a whole new level!” by the New York Press. A stimulating experience with testimonials from real people, about real heartache and humiliation—in the end, creating an empathetic experience for humans to bond over. While the show is worldwide, including cities like Oslo, Finland, Paris and London, San Francisco has had the most successful turnouts to date. Senior curator, Scott Lifton, who has been working the show for eleven years, accredited it to the city’s “freaks and underdogs that can relate to the vulnerability of the show.”

Lifton started as a performer in Los Angeles and shortly moved back to the Bay Area where he was presented with the opportunity to run the San Francisco and Oakland shows. Through word-of-mouth, the show series has caught on with the avant-garde folks of the city and has expanded through their podcast and the Netflix documentary, Mortified Nation. While still staying true to the show’s underlying sentiments, they’ve managed to attract a very diverse crowd. As Lifton describes it, “When we started, it was mostly females in their twenty’s and thirties, and now I see everyone from age twenty to sixty. Different shows look different.”

“It’s a pretty universal message. That’s what I like about Mortified. No matter who you were, we were confused and lost in our own ways, and that transcends race, age and gender.”

The performers are regular people, not actors or celebrities. Lifton actually goes through a lengthy screening process that sometimes seems to turn into a borderline therapy session. The application process is very personal and intimate, much like the show itself. “Some people go to our website and send in a thing online, some people come up after a show. We will meet up with them and go over any material before they were nineteen, and look for any themes, like letters to celebrities. We’ll look for a story. I met a girl who didn’t kiss a boy until she was eighteen, but she had a spreadsheet about all the boys that she liked including their height, age, quotes, etc. We go in deep. Usually there’s more laughter than crying. There’s something liberating being on stage sharing your embarrassment. The more you look embarrassed, the more the crowd is on your side.”

This year will be the first year offering options for assigned seating, and will again feature The Freeze, the house band described as “One cup Beastie Boys, one cup Saturday Night Live and a pinch of P-Funk adds up to a dizzying dose of creativity” by AOL Cityguide. The improvisational Bay Area group gets their content and inspiration from the performers, coming up with on the spot songs through genres like blues, barbershop quintet and hip-hop.

There is an early show and a late show this Friday, February 10th. Find tickets here. Check out Mortified’s website for more info on their happenings around the world, and find upcoming shows at DNA Lounge every second Friday.

DEC 31 No Scrubs: New Years Eve Hip Hop and R&B Dance Party (with free champagne toast!) at Neck of the Woods
The Best Events
Every Week in Your Inbox