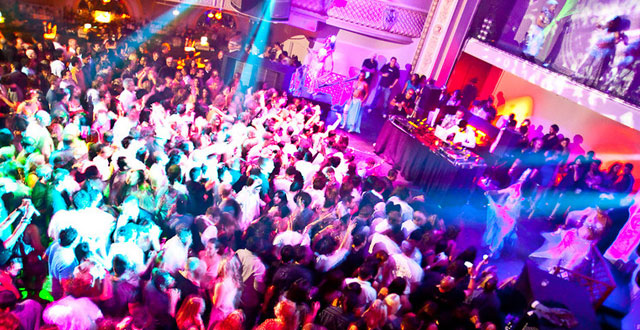 Friday, June 12: Justin Jay at Temple
At just 21 years old, Justin Jay is the youngest artist on the Dirtybird roster. Don’t discount him because of his age; this LA-based producer makes groovy, deep house and bass-filled tech house that will shake the floors at Temple.

Friday, June 12: Trippy Turtle at 1015
Many are impressed with how a 23-year old kid from Norway could master the raw Jersey Club sound coming out of Newark right now. Yet Trippy has, combining bouncy, infectious bass with seductive R&B vocals and classic squeaky chair samples, to create a unique sound that has landed him on festival line-ups around the country.  Trippy is a side project of Lido, and often performs in a flannel turtle-themed hoodie as he jumps around on stage weaving his tracks together.

Friday, June 12: Black Coffee at Public Works
Black Coffee has risen to become one of South Africa’s biggest DJs. He returns to Public Works to spin his soulful mix of a more refined Afropolitan house which draws upon afro-rhythms for a four-on-the-floor night of percussive heaven.

Saturday, June 13: Midnight Magic Summer Soul Roller Disco at Mezzanine
Mezzanine will be setting up a roller rink on premises for a warm summer night filled with skating and music. Skate, dance, or do both at the same time as Midnight Magic plays their old school funk and disco to bring back the retro vibes. Bring your own skates.

https://soundcloud.com/edm-heaven/pompeii-bastille-audien-remix
Saturday June 13: Audien / White Party at Ruby Skye
American producer Audien had a fantastic year in 2014 when his remix of Bastille’s track “Pompeii” dominated the festival season and was nominated for best remix at the Grammys. His high energy sound hits the sweet spot between trance and progressive house and he shows no signs of slowing down.  He’ll spin for Ruby Skye’s 15th annual “White,” a rager where white attire is highly encouraged.

AUG 28 GET IT?! GAMESHOW at Cobb's Comedy Club
The Best Events
Every Week in Your Inbox