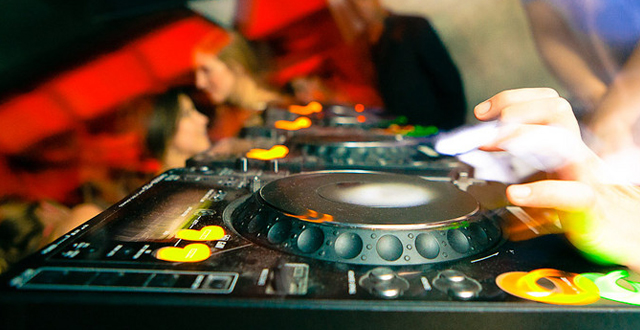 There’s no better way to celebrate the weekend than to crank up the decibel level and shake it on the dancefloor. Come one, come all, it’s San Francisco’s best parties.

Kennedy Jones has been making insane trap music, rife with thick 808 bass on Borgore’s Buygore label for the past few years. Meanwhile, down in Brazil, duo Tropkillaz have been using lively samples to produce similarly infectious trap beats. Together, these two are ready to show off and get booties shaking on the dance floor.

https://soundcloud.com/doctorpcircus/big-boss
Thursday, May 28: Doctor P at DNA Lounge
The dubstep gods have smiled upon the Bay Area, bringing one of the genre’s greats to SF. Doctor P along with Flux Pavilion founded Circus Records, one of the UK’s biggest bass labels, and are partly responsible for the massive surge in popularity of the genre around 2010. Catch this master of grimy filth, alongside label fellow Cookie Monsta, as they bring the house down with their signature screeching synths and floor-shaking bass.

Thursday, May 28: The Knocks (DJ set) at Audio
The Knocks are an NYC-based duo that take nu-disco to another level. Their groovy, poolside tracks ooze with summer vibes and their live performances feature the two playing live on keys and drum pads. If you didn’t get tickets to their sold out show at The Independent, see them afterwards at Audio for the official after party and one funky DJ set.

Friday, May 29: Kastle at 1015 Folsom
Equally as versed in funky garage as he is in sexy R&B beats, Kastle seamlessly does it all. Head of his own record label, Symbols, the Pittsburgh-based producer has signed likes of Sweater Beats and singer-songwriter Austin Paul. Kastle was practically doing future R&B before it even existed — his deep woozy beats take you to a world of your own.

Saturday, May 30: Daktyl at Mezzanine
Part of the up-and-coming Hegemon collective, Daktyl is making a name for himself with a string of on point remixes some of which have reached over a million plays on Soundcloud. His warped, future bass sound is at the cutting edge of electronic music.

Saturday, May 30: Ferry Corsten at Ruby Skye
This Dutch trance legend has been producing hits since the 90s and ranked #7 on DJ Mag’s top 100 just a few years ago. His most recent project along with Markus Schulz, New World Punx, has garnered attention for its edgy electro feel combined with classic trance vibes.

Saturday, May 30: Max Vangeli at Vessel *Closing*
After 8 years of being a staple in the San Francisco nightlife scene, Vessel is closing its doors and will be re opening in the Summer of 2015 under a whole new name and concept. To close out the long run of this successful venue, SF-based heavyweight Max Vangeli will spin the final set. Whether it be his remix of Ellie Goulding’s “Stary Eyed” or his sensational remix of Pendulum’s “The Island” with Steve Angello and frequent collaborator An21, Max knows how to bring the house down with stunning melodies and well-crafted drops.