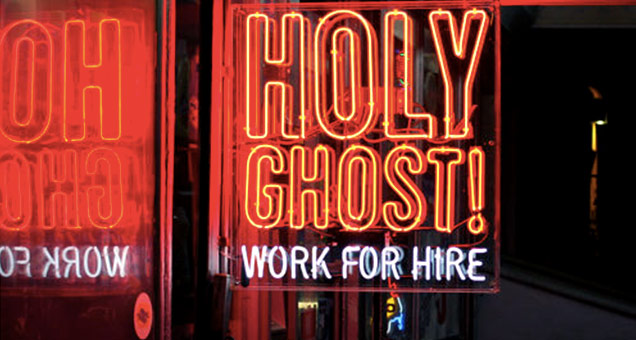 We know, you’ve been Hot Since 82. But this Memorial Day weekend, promise that you’ll shake your Snakehips til’ you Skream, “Holy Ghost!” Before or after the BBQs, you’ll be more than fine, as long as you’re dancing it out at San Francisco’s best parties.

Thursday, May 21: Hot Since 82 at 1015
In the past two years, Hot Since 82 (a.k.a. Daley Padley) has risen to become a beloved star of the house scene. This talented UK producer had an Ibiza residency as a teenager, and his mixing skills are top notch spinning sexy, bass-throbing club tracks.

Thursday, May 21: J. Espinosa at Temple
DJ J. Espinosa has steadily built his reputation on the radio and in the club as a well-versed hip-hop DJ. His recent Diplo and Friends mix proved that bringing worldwide attention to this Bay Area favorite.

Friday, May 22: Snakehips at 1015
Snakehips burst onto the scene with a dreamy remix of Banks’ “Warm Water” accentuating her hypnotizing vocals with a solid house beat. Since, the UK duo have managed to absolutely master hip-hop beat making using sultry R&B vocals atop warm, floating synths. These two are ones to keep an eye on.

Friday, May 22: Christian Martin at Audio
This Dirtybird DJ and producer loves bass-filled, house bangers that get booties shaking on the dance floor. Brother of Justin Martin and one of the label’s founding members, he is sure to throw down for his home on the crisp Funktion-One sound system at Audio.

Friday, May 22: Skream at Mighty
Skream was one of the pioneers of dubstep along with partner in crime Benga during the later half of the past decade. But Since declaring dubstep “dead” a few years ago, Skream has taken to producing and spinning nu-disco and techno. Frequent contributor on BBC Radio 1 and member of new group J.E.S.u.S. with his best buddies Jackmaster, Eats Everything, & Seth Troxler, this veteran is sought after all around the world.

Saturday, May 23: Holy Ghost! (DJ Set) at Harlot
These two New Yorkers are sweethearts of the indie dance community. With fat, driving basslines and a funky nu-disco attitude, this Brooklyn duo will spin an all vinyl set at the intimate Harlot.