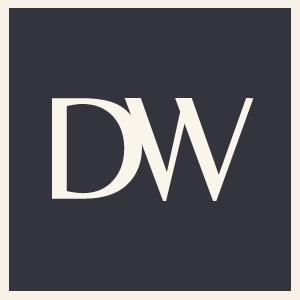 The latest hairstyling fad has arrived in Los Gatos and Saratoga, where women can get their tresses washed and styled, but not cut or colored, at a so-called "blow-dry bar." The salons do nothing but style hair so that it looks like a model's hair--sleek and smooth. It's a look that's almost impossible for women to achieve at home: Even stylists admit they can't get the look on themselves because they can't see the back of their heads.

Sisters Mimi Qubain and Susie Massoud, who live in the Almaden Valley, put their heads together to create the new hair experience for local women. "We love the vibe here," Massoud said. "I think the town attracts a good mix of people from across the Bay Area."

But it was Los Gatos resident Laura Saunders who was among the first to drop into the salon with her long, blonde hair. "I was just walking by and thought, 'What a good idea, especially for parties.' I am not one to do very much with my hair, so this is a service I'll use all the time. Just to run in here and do this is a luxury," Saunders said.

Massoud hopes women will take to blowouts as they have to mani-pedis. Indeed, several chains have popped up across the country, including Los Angeles-based Drybar, which opened its 10th salon in New York last September.

At Drywalk, a shampoo and blowout costs $35 and typically takes about45 minutes. Children's styles are $24 and, lest they be left out, men can get a 10-minute scalp massage for $10.

The scalp massages came about because men at the nearby Coldwell Banker office were jealous of their female counterparts' indulgence and asked for a little something for themselves.

Massoud says Drywalk is not in competition with full service salons in town.

"Our clients still need to be dedicated to their personal stylists for haircuts and coloring," she said. "We're simply bringing hair to the catwalk."

That's why Drywalk styles have names like "Strike a Pose," "Milan Frenzy" and "New York Sleek." It's a look Massoud describes as "tousled, wavy and artfully messy." Braids, updos, buns and fancy ponytails are on the service menu, too, along with crystal-studded hair accessories by Colette Malouf of New York that are for sale. There's even a dressing room where women can change into dressy clothes on their way to a special event.

Once women are settled in their stylist's chair, they can watch chick flicks with subtitles on a big screen TV, sip fruit-infused water and forget about the trials of the day. However, those who want to stay connected can plug their iPad or laptop into a docking station.

The whole idea behind Drywalk and other blow dry bars is affordable luxury.

"When your hair is done," Saunders concluded, "it makes for a great day."
read more show less